The State of Open Knowledge in Belgium

The Open Knowledge Belgium board has prepared a state of open knowledge in Belgium, giving an overview of accomplishments in 2016 and what direction we are headed in the near future. The state of open knowledge in Belgium is a mix of talks with policymakers, a panel of experts discussing next steps and the chance for the audience to engage on this topic. 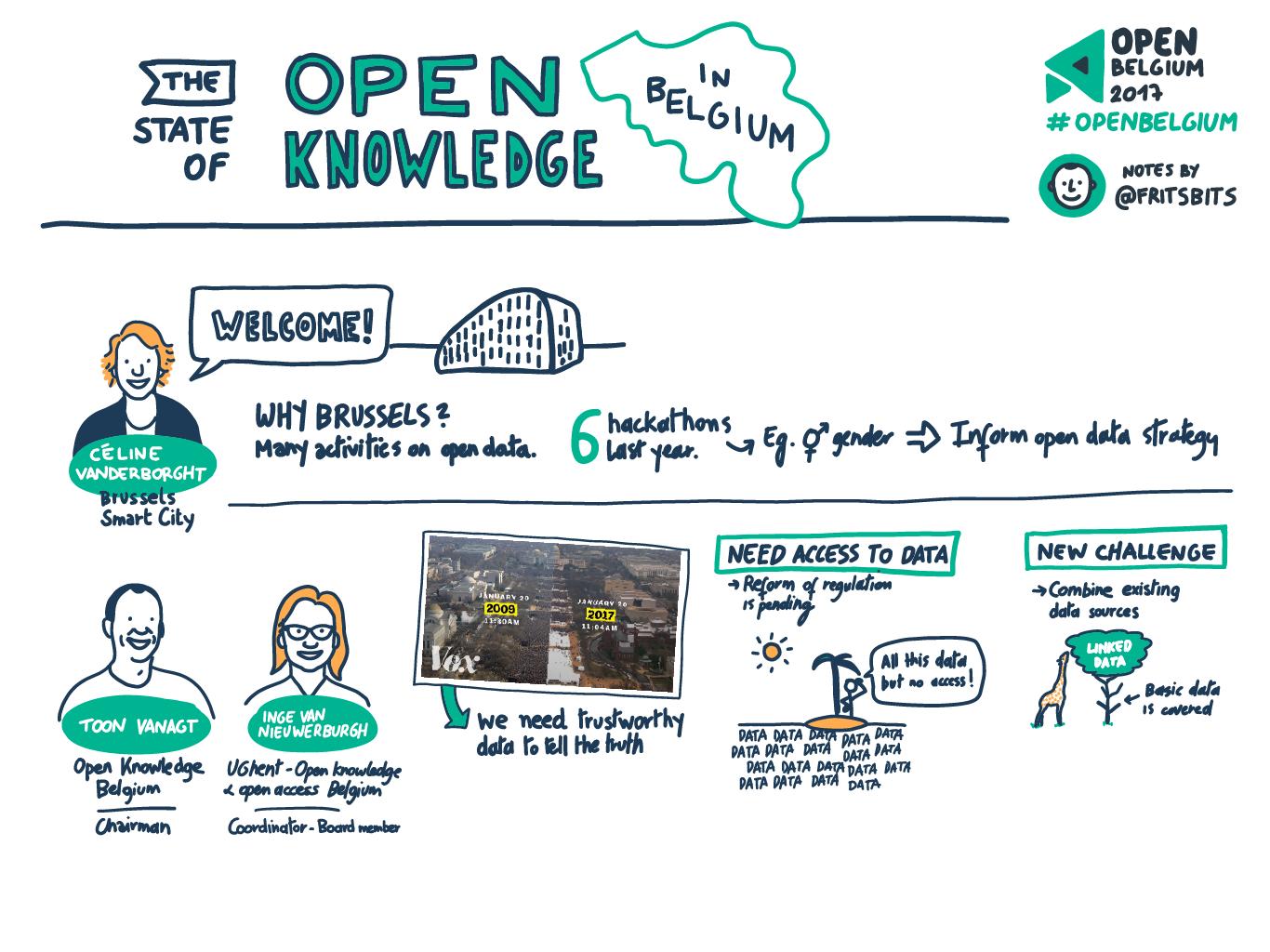 At a time when the smart city concept was far from a reality, the Brussels-Capital Region was already preparing the ground, among other things with the IRISbox electronic desk. That was at the beginning of the 2000s, when Céline Vanderborght was already playing an active role in these developments anticipating the smart city as e-Government Manager at the Brussels Regional Informatics Centre, a position she held until 2006. Since 2015, Céline Vanderborght has been Smart City Manager for the Brussels Region, a role that is directly in line with her initial professional experience at the service of the Region.

Inge Van Nieuwerburgh is co-ordinator scholarly communication at Ghent University. Open access to research publications, (open) research data management and other open science themes are at the core of her interests. She is one of the open access advocates behind Open Access Belgium and supports policy development and support and training through different national and international working groups and expert groups. Some buzz words in Inge’s CV are OpenAIRE, copyright reform, literacy and SA&S.